Is it Safe to Take Your Power Bank on The Plane? 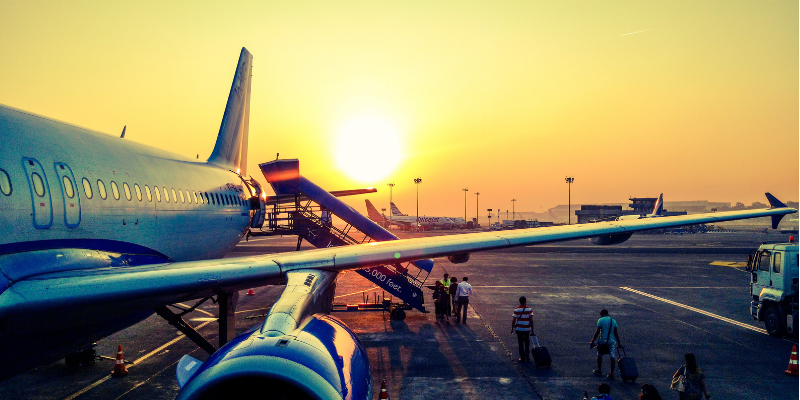 Flight rules can certainly be complicated which is why being cautious is the way to go. It’s
always advised to do your research on all your items beforehand to avoid having to leave them
behind or any last minute packing changes. These little inconveniences can be daunting on
such a short notice.

Quick Navigation
Carry On Bags or Checked Bags?
Is There Any Size Restriction?
How To Calculate The Restriction Limit
Large  Portable Power Charger (+125 WH)
What is to big?
Final Verdict

One of the recent controversies to flying are tech gadgets. The rules have changed so much and there haven’t been any sure answers. One important question especially comes to mind; is it allowed to take a power bank on the plane?
Power banks are one of the essentials during traveling, especially if you have little spatial awareness. They’re there for you in times when you’re lost in a city you don’t speak its language and your phone is about to die and in others in which you’ve overestimated your gadget battery thinking it can outlast the flight time. They’re life-saving, really.
Problem is that however small a device a power bank is, it has a potential to heat up which can be dangerous. So while the short answer is yes, there are some important points to consider.

Carry On Bags or Checked Bags?

The Department of Homeland Security has put up a rule that portable chargers or power banks containing a lithium-ion battery must be packed in carry-on bags, which might sound confusing. Aren’t all hazardous objects better left in checked bags? Why is power banks any different?

Well, in the remote chance that your power bank heats up and causes a fire, it’s easier to be controlled in the cabin, with minimal damage to the passengers, than in the cargo. First, it’s difficult to detect the fire in the cargo room in the first place in order to attempt to put it off. Second, there’s a chance another flammable object that’s been checked in could react with the lithium ion in the battery exacerbating the fire and causing an explosion and a plane crash.

Although this is improbable, it has happened once in 2010 when a UPS plane crashed at Dubai International Airport. The crash was traced directly to lithium batteries in cargo.

Is There Any Size Restriction?

In power banks on planes, a lot like the wave of minimalism, less is more. It’s a bit difficult to pass security with an energy source that could light a small village. The IATA guidelines say that 100Wh is the upper limit; which means most commercial power banks are good to go. But to be extra sure, check yours.

You might have noticed now that there’s no value in watt per hour (Wh) on your power bank and it’s rather written in milliampere per hour (mAh). It’s, however, listed in formal documents because watt per hour is a better standard in comparing different types of batteries ie, lithium ion, alkaline cells, or NiHN cells.

How To Calculate The Restriction Limit

Multiply ampere value by voltage value to get Watt per hour.

So the final formula is

To conclude: So as long as the voltage is around 3.7V and a current lower than 28,000 mAh, chances are you’ll have no problem taking your power bank on your flight.

It happens that you have a power bank that’s dear to you. It has survived with you for years, always helping you in times of need. Now, you need to fly it somewhere nice. The only problem is it’s too big. Luckily, it’s not an absolute deal breaker. Batteries rated from 100 to 160 Wh require airline approval beforehand. Although there’s really no one rule for it, there’s a decent chance you don’t have to leave yours behind. So make sure you give your airline a call a minimum recommended time of 72 hours and plan ahead.

What is to big?

If your power bank is bigger than 160 Wh, it’s unlikely to be safe to take on the plane. You can still take your chances and call up your airline for a clear answer.

To conclude most power banks are safe in a carry on bag to take on a air plane. To be certain check the airlines instruction web pages and calculate the watt per hour  value of your power bank.